HOW TO: install a SSH server

Home » All » HOW TO: install a SSH server

Thousands of people get connected to a remote computer over the Internet every second, most of them do it in a insecure way. Some people get connected via Telnet, VNC, FTP, etc but all of this protocols are insecure. This means every single package travels all around Internet without any type of encryption. So anybody sitting in between you and the remote computer you are trying to connect, will be able to see, read and even modify the data! Lucky us, there is a HUGE solution for this problem, this is SSH! I recommend you read the following book: SSH, The Secure Shell: The Definitive Guide

to get more insides about SSH.

SSH is the successor of Telnet. SSH brings security to remote connections with the use of encryption. Every single package sent/received to/from the remote computer will be encrypted! So if anybody sitting in between your connection, will be able to see the packages, but he will NOT be able to understand them!!

The only disadvantage of implementing SSH is that if you configured it wrong, then you won’t have any more access to your machine and/or even worst, you will have a big hole for potential hackers!! Most probably you don’t want that!

So let’s start installing our secure SSH server in any Debian/Ubuntu based distro!!!

First let’s update our programs data-base so that we can be sure we will download the latest stable version from the repository.

Searching for the package!

Now we have to search for the correct package of openSSH (this is the server we will use). For more info about OpenSSH click here. OpenSSH is the most used SSH server in the whole world. So.. our code:

that will give you an output similar like this (cut some lines because of the long list):

From the output of our search, we see that there is a packaged called: “openssh-server – secure shell (SSH) server, for secure access from remote machines” That is the packaged we are looking for. It may be different called in other distros, but it should say something similar!! So let’s install it:

if it was correct installed, you will read in the last line:

The number 1084 will be most probably another one, so don’t worry about it!

If you read some lines above the last line, you will read that the RSA, DSA and ECDSA keys where already created! you can see them in the folder “/etc/ssh”. We will talk later in another post what are this keys about.

Let’s check if the server was installed and if it’s indeed running!

if so, then our server is running!

To double check, connect from another computer in your network doing:

[code]ssh user@ip[/code]
where user is the user you use normally to log in and ip the ip of the server.

The config file is in “/etc/ssh/ so lets edit it!

Normally I prefer using NANO editor. In most cases nano editor is intalled. If not, then use the VI editor.

please don’t forget to put the “d” after ssh. It’s not a typo, the “d” means “daemon” and that means that is the config file for the server or “deamon”. Without a “d” is for the client config file!

So, let’s start searching for the line that says:

and change it to

and change it to

Now the server is configured so that you can access ONLY with a SSH KEY!!! We are missing two last things. First create an ssh key and tell the server, where the ssh key will be.

For creating the ssh key, please see this post.

For telling the server where to look for the ssh key pair:

add or search (and uncomment):

The %h means “Home directory” of the user.

Now copy your public key in  %h/.ssh/authorized_keys and restart the server with:

Try now accessing your server from another computer in the network by writing:

The -i is for specifying the path of your private key, then user is the user and ip the ip of the server.

Now we have a configured and secure SSH server!! If you are interested in reading more about SSH I do recommend you this book: SSH, The Secure Shell: The Definitive Guide 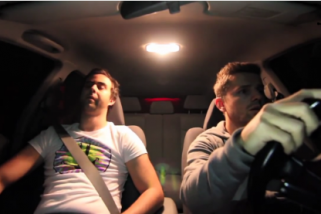 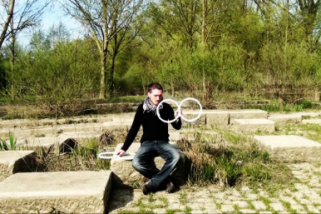